Innocent Tembo, one of Zambia's top wildlife guides picked us up from the hotel in Lusaka early doors, and immediately we could tell we had picked the right man to lead the expedition. For the entire journey he talked passionately about wildlife, anti poaching, politics in the country, as well as sport and Zambia's AFCON win of 2012. But behind his eyes you could see a steeliness and energy reserves that are uncommon in the western world, but found often in rural Africa.

After a long day in the car, we arrived at Kalabo, the last town before the Park around mid afternoon. Here we met the final member of our 4 man team; Limo, a former Poacher turned Ranger who would be the last line of defence against the dangers that the park might present. As the crow flies, Kalabo is just a couple of km from the Park, but to get there you first have to cross the river; about 100m of hand over hand, manual pulling of the ferry. As we loaded the car onto the barge, children began to appear from everywhere, and our crossing was powered by about 15 kids aged 8-15. It was still a work out, but we made it across far quicker with the extra hands.

We arrived to Kwale bush camp just inside the Liuwa plain border at around 1700hrs. Not that you would know you had entered the park; there are no fences, no signs, and apart from the sand road, no trace of human influence at all... We raced to make camp, and dinner before nightfall, tomorrow was going to be a busy day.

After a good nights rest and one last proper wash, we left camp at 0530hrs to begin our day and make our way to the start point of the expedition at the Northern border.

On our way we were due to call at a local school and drop off some gifts from our sponsors, but they were only expecting us at 1000hrs, so we used the early hours of the morning to look for animals. Jackpot arrived at around 0700hrs, when we came across a female Cheetah hunting Oribi, one of the smallest Antelope species. We watched her make a couple of failed attempts, the acceleration was mind blowing, but matched by the evasive skills of the little Buck.

We left her lying in long grass, no doubt recuperating for the next hunt.

We arrived to the school to a grand welcome. Quite unbelievably this remote facility in the middle of the wilderness caters for over 480 children from all the surrounding villages, some of whom walk 10km to school each day through the park. We handed out the gifts we had brought with us, most notably 11 England and 11 Spanish soccer kits that were generously sponsored by previous visitors to the School.

We had also agreed to join in with what we thought was a quick kick about, but what was actually a full blown 90 minute game, with carefully selected teams, pre-game formalities and around 400 spectators. Rich and I were each given a shirt and placed on separate teams, it was a close game and we left at half time with England leading Spain by 3 goals to 1.

The rest of the day was spent slowly making our way to the far north boundary of the park, which would be the starting point for our walk. En route we saw Hyenas playing around their dens, plenty of Antelope species, as twitchy and alert as you would expect from the animals at the top of most predators menu, and the biggest herds of Zebra that I have ever seen.

The vastness of this remote wilderness was beginning to become apparent, as was the enormity of the task ahead. The open grasslands extend far beyond the horizon and offer no protection from the harsh African sun.

As we approached the northern regions of the plains we began to come across increasingly large numbers of Wildebeest, whose migratory path to the South we would be following in the coming days. Some of the herds already numbered in the thousands, so to see the actual migration, the second largest of its kind in the world in a few weeks time must be spellbinding.

After another long day in the car we finally arrived at our start point for the walk at 1800hrs. There was just enough light left in the day to pick a spot for the tent that was free from ants and other locals and to make camp. A good feed of local nShima, (Millie Pap), a wet-wipe shower and some last preparations and its off to bed. We can already hear the Hyena calling in the distance as their hunts begin. To say that we were excited to be here would be the understatement of the century. 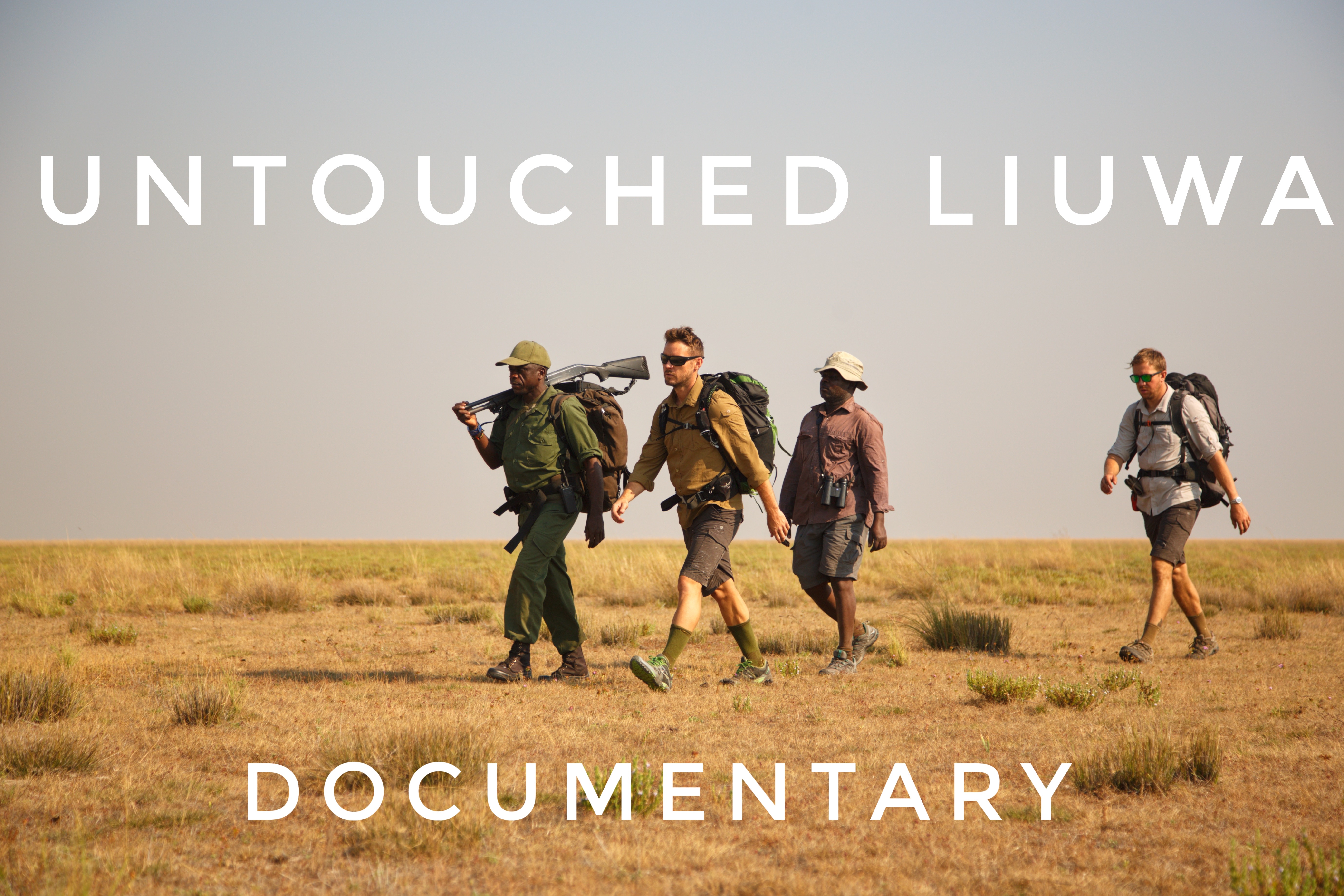 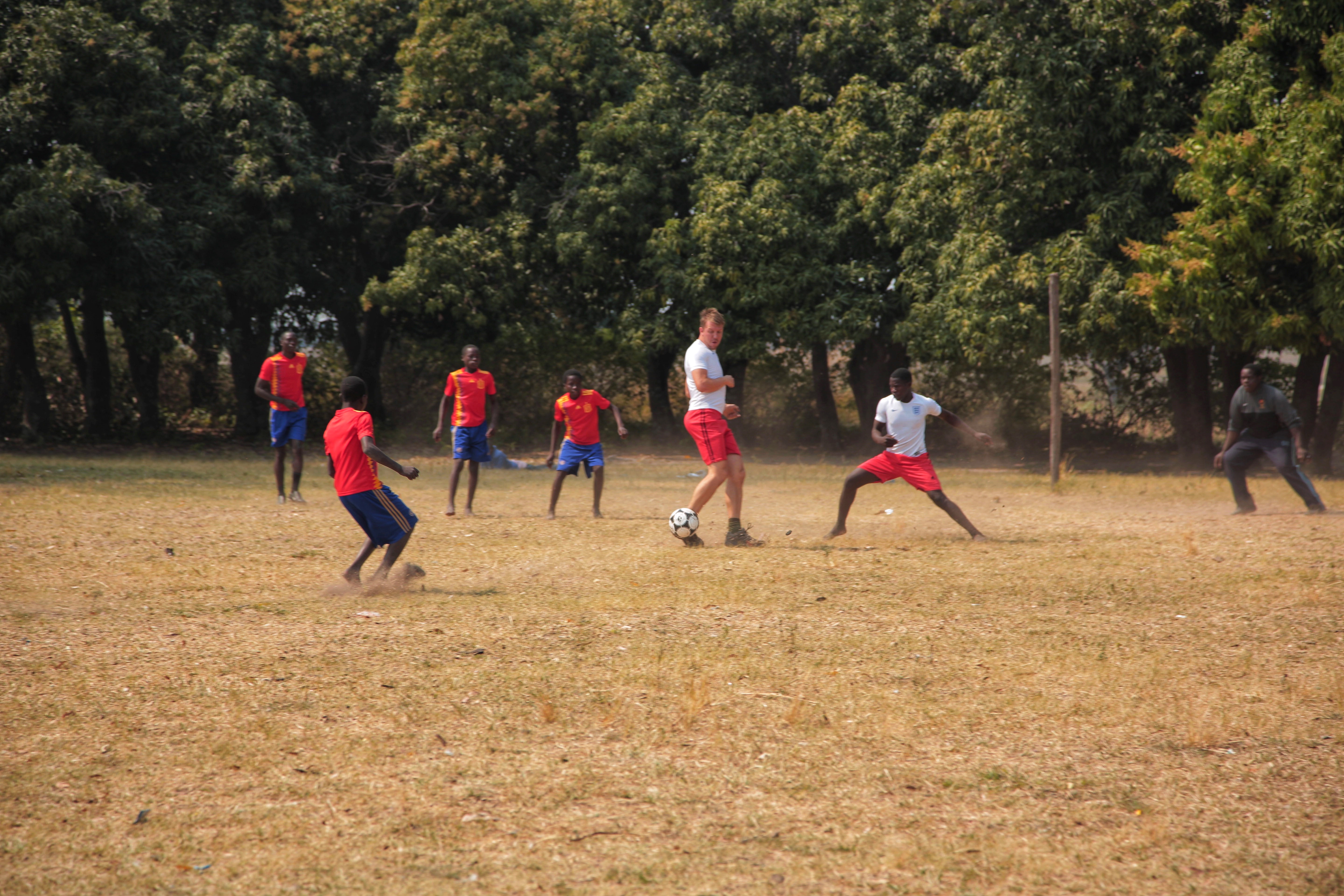 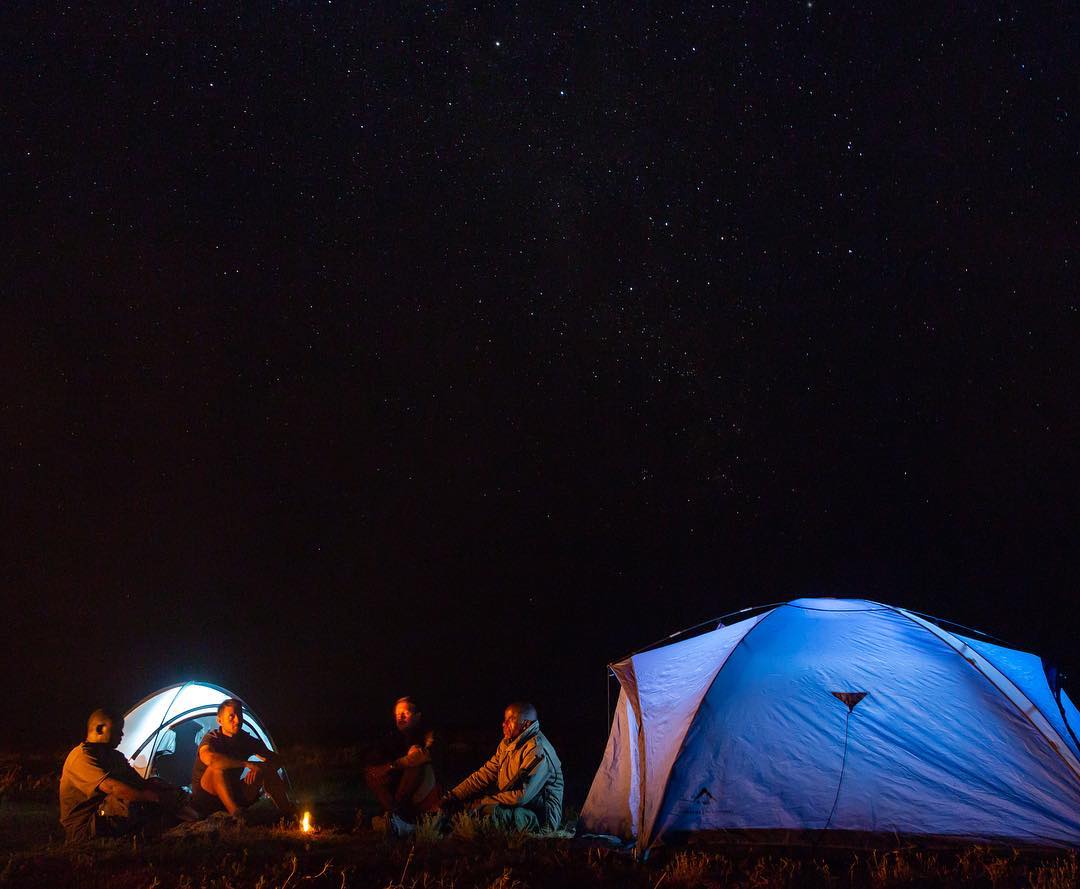 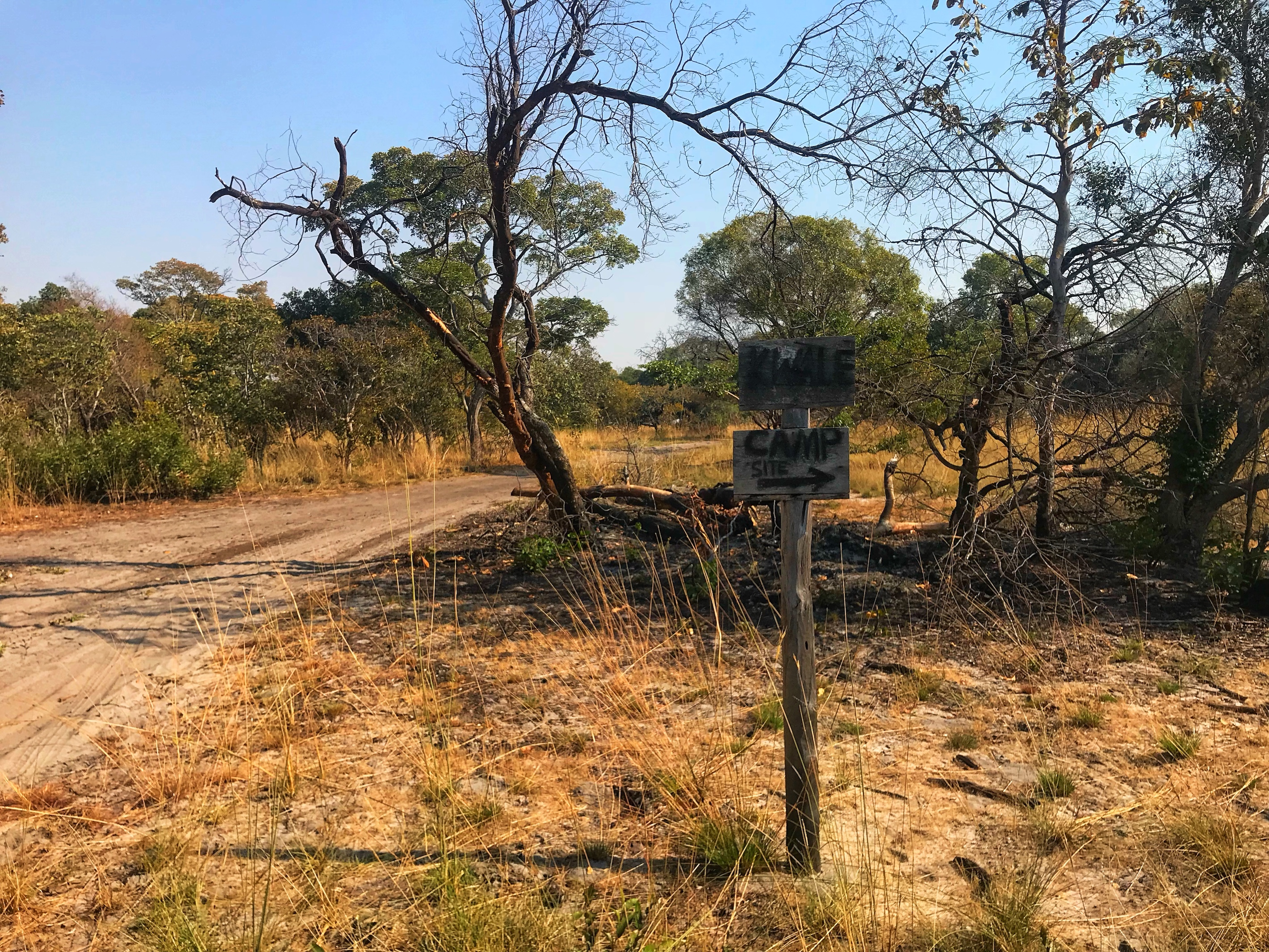 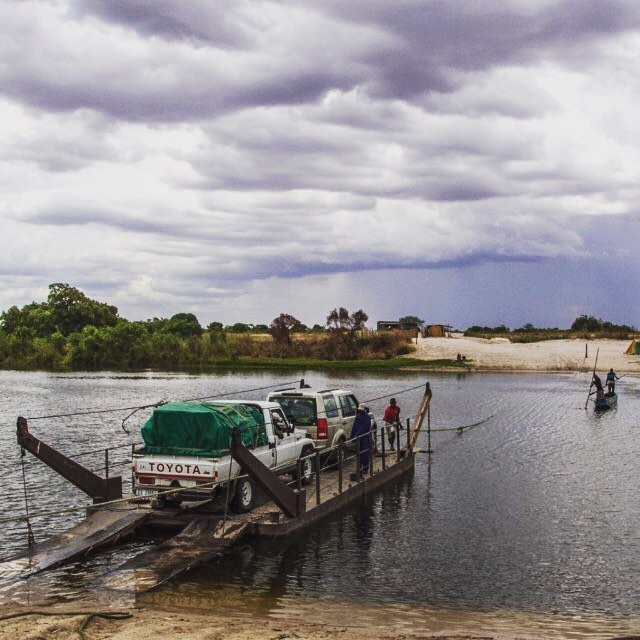 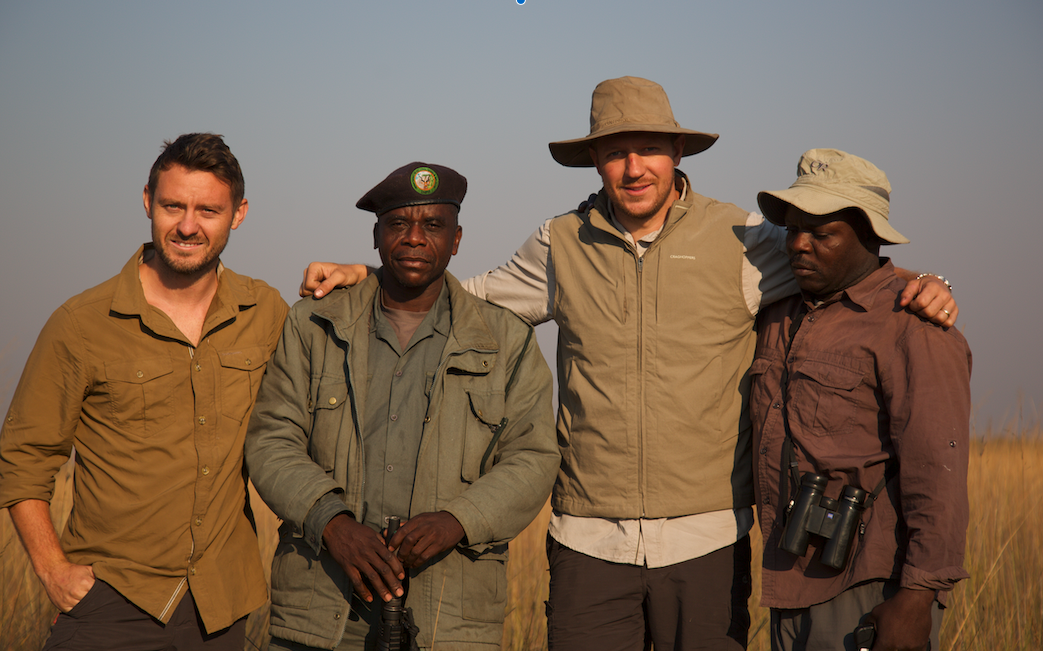 No items found.
<< back to blogs

Get Exclusive Offers and More